Man Is Taking Grandma Who Had Never Seen The Ocean Or Mountains To All 61 U.S. National Parks

89-year-old Joy Ryan has spent her life living in Duncan Falls, Ohio. The most she’s traveled has been to a limited number of places within the US, although she’s never made it to either coastline.

CBS News reports that her grandson Ryan has said that his Grandma Joy hasn’t ever experienced oceans and mountains, and especially not seen “sand dunes, a cactus a major river or pueblo ruins.” 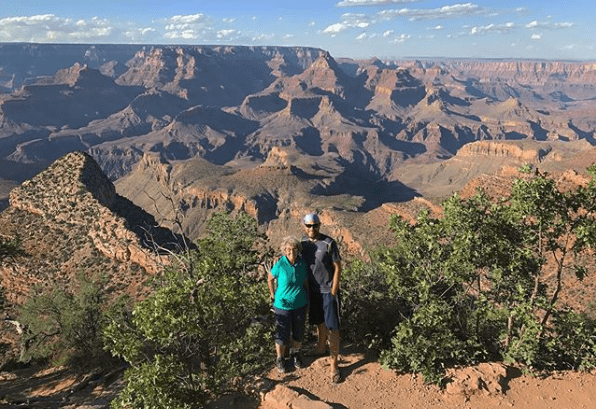 Ryan works as a wildlife vet at the Smithsonian’s National Zoo in Washington, D.C. He grew up in the same small town as Grandma Joy, but he managed to make a break for the wide-open world when he went to college. After, he made the decision to take his grandmother on a road trip across the United States.

Ryan’s first trip was in college when he went and hiked the Appalachian Trail. When he told his grandmother about it, what she said surprised him.

“She told me at that time that she really, really regretted that she didn’t get to do more of that type of thing and have more experiences in life,” He explained that Grandma Joy had stated she would’ve loved to have gone camping and had wished she’d been able to see mountains.

He added, “She doesn’t even know what those look like, except what she’s seen on TV.”

Ryan said about Grandma Joy, “She was 85 years old, sitting in this tiny house, widowed for 20 years. Two of her three sons died in their 40s. She worked a minimum wage job until she was in her early 80s to make ends meet. So, there was definitely no surplus of money for her to go and do these things.” 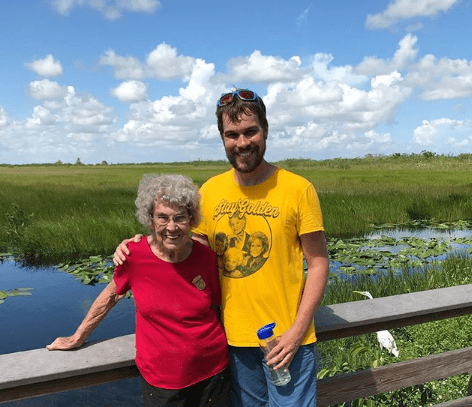 At the time he did very much consider taking his grandmother on a trip, however, it wasn’t until 2015 when he was in veterinary school, that a classmate’s suicide gave him a snap of reality.

“I thought, ‘You know what, I need something to fill my cup right now. I want my grandma to have this experience.’ So, we took a very impromptu three-day trip to the Great Smoky Mountains National Park. During that trip, that’s when I started to realize how unconventional it is for somebody in their 30s, a grandson, to be traveling around with their grandmother. We definitely stood out like sore thumbs everywhere we went,” Ryan said.

He added, “I knew that as we were traveling, [our story] was touching people’s hearts, but I didn’t know there were so many people who had regrets that they didn’t do more with their grandparents when they were alive.”

Ryan had even set up a GoFundMe page – which has now since been deleted – in order to fund his Grandma’s road trip across the country. Together, the grandma and grandson duo were able to visit an impressive 21 US National Parks in just 28 days! Since then, they’ve gone on to visit a few more. 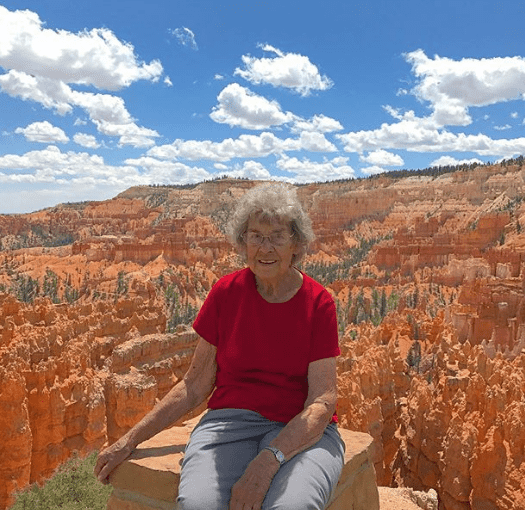 And there definitely has not been a lack of adventure for the two.

“We’ve seen grizzly bears, we’ve been charged by a moose … it was harrowing. We’ve had all these dramatic experiences and seen all this wildlife that she’s never set eyes on in Ohio,” Ryan said.

However, Grandma Joy still manages to find excitement in the little things that many of us would take for granted.

Ryan has said, “Her favorite animal that she’s seen so far are prairie dogs. Which is kind of comical.” 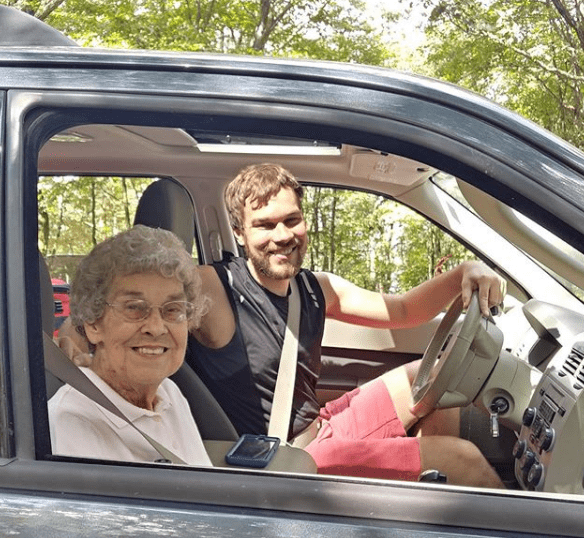 Speaking more about his grandmother, Ryan has admitted, “She’s the kind of person that, despite the fact that she’s had a lot of hardships in her life and she hasn’t seen a lot, she would’ve maintained a positive outlook the rest of her life, even if she hadn’t left the state. She says she wakes up every morning and says ‘Thank you for another day’.”

Looks like we can all take a lesson or two from Grandma Joy.