Sepia photos of Belle Époque Paris are striking, the gorgeous Art Nouveau style which permeated the city on display in even everyday sights like the lamp posts. The City of Lights had a thriving arts community at the time which made it a haven for artists. Unfortunately, Paris also had a growing problem with poverty and violence and street gangs were popping up all over the city. In a strange turn of events these thugs earned a reputation for being not only ruthless, but surprisingly fashion-forward. 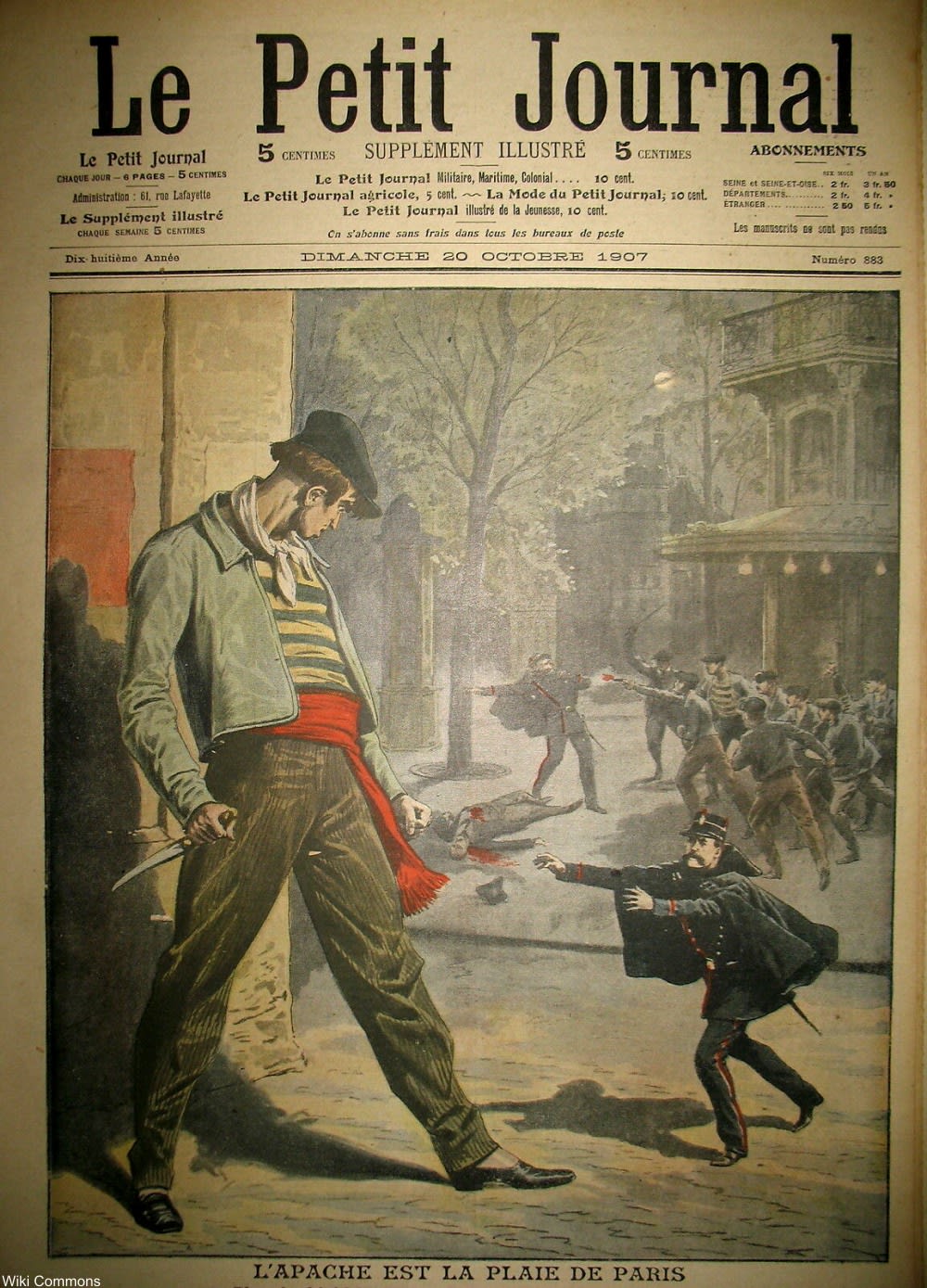 Violent gangs in Paris around 1900 were known as Apaches, so-named by the press for what they thought were the violent and authority-shrugging Native American tribe (called les Apaches in French). The Parisian reporter who named the group after a violent 1898 crime (involving a hat pin to the face and a series of elaborate cuts to the victim in tattoo-like shapes) had been obsessed with the American Wild West. The Apache had just had their Last Stand with Geronimo’s surrender only a decade or so before this Parisian incident. The name, however inaccurate and insulting to Native Americans, became the catch word of the era for the French. 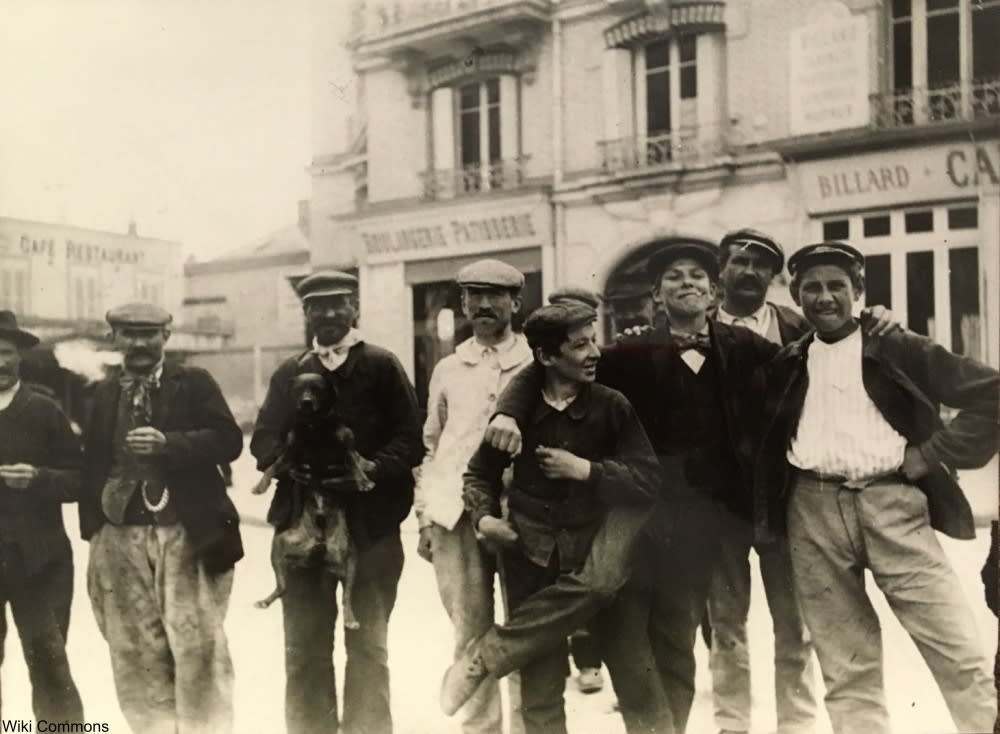 A group of Parisian gang members in 1900. Via/ Wiki Commons

The newspaper frenzy for Apache-headlines also inspired a group of artists and composers who formed the Société des Apaches in 1900 to express their creativity together. This group included Igor Stravinsky and Joseph Ravel, two composers who would later become world famous. 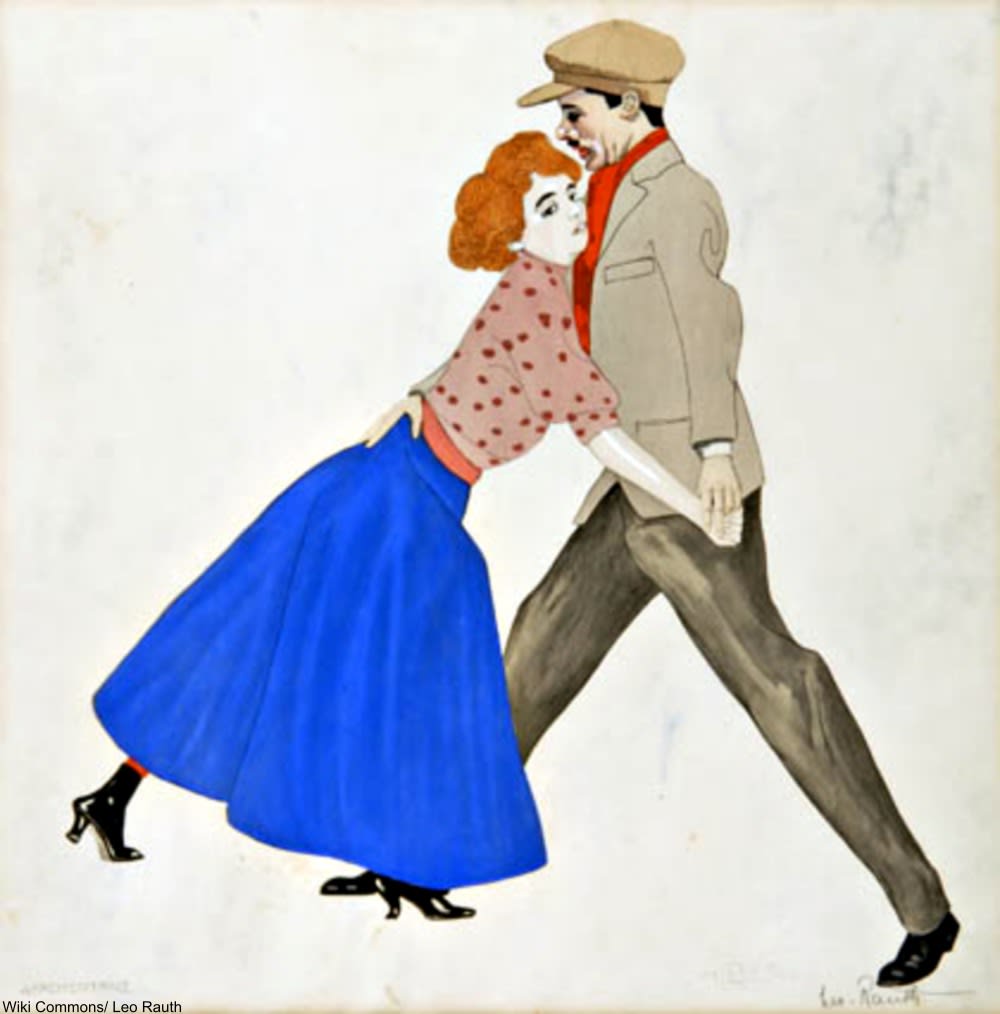 And at the same time these hardened criminals were also known for their fashion as they roamed the streets in dandy style, their filigree brass knuckles embellished with beautiful designs and silk scarves tied around their necks in a layered look. 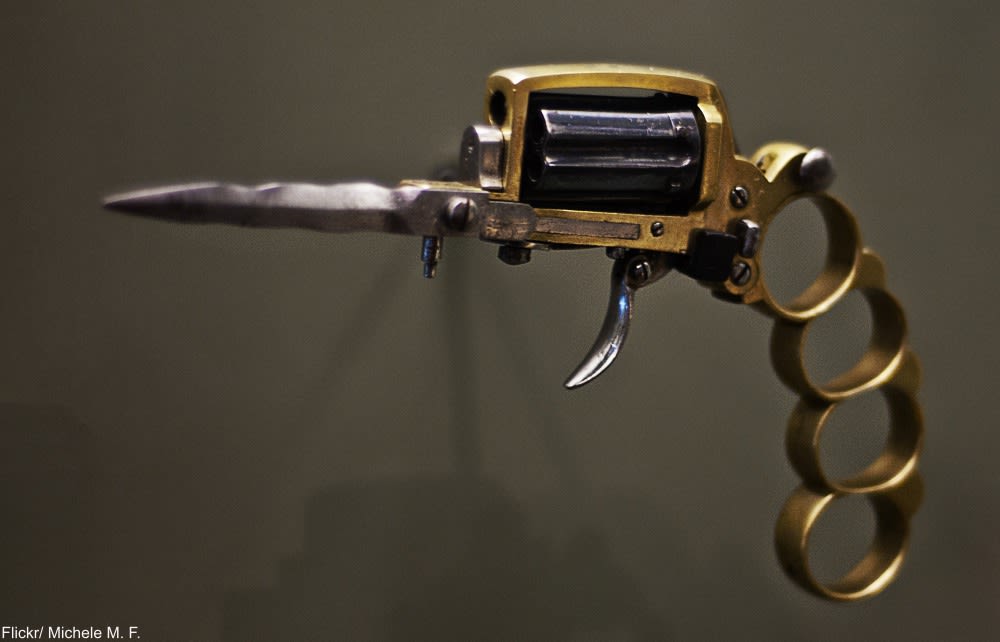 Les Apaches were known to carry brass knuckles with either a gun or knife (or both) attached. Via/ Wiki Flickr

Les Apaches were known for being brutal and for intimidating even the police and firemen of Paris, shown dwarfing gendarme and cutting firehoses in popular media of the day. The dance that grew up around these aggressive robbers and pimps mirrored the violence they would have unleashed on the prostitutes in their ring and elements of this dance still survive today! Have a look at one such dance in the video below, complete with mock slaps and punches.

The gangs were finally disbanded after World War I disrupted the social order of France and sent many of these young gang members to their graves. Europe would never be the same after the war, but somehow the Apache stereotype always lingered in the Parisian imagination.

Even before the First World War the wealthy had begun to hold Apache style dance parties, making the cool underworld scene into a source of entertainment, replete with aggressive dance moves and idiosyncratic fashion. 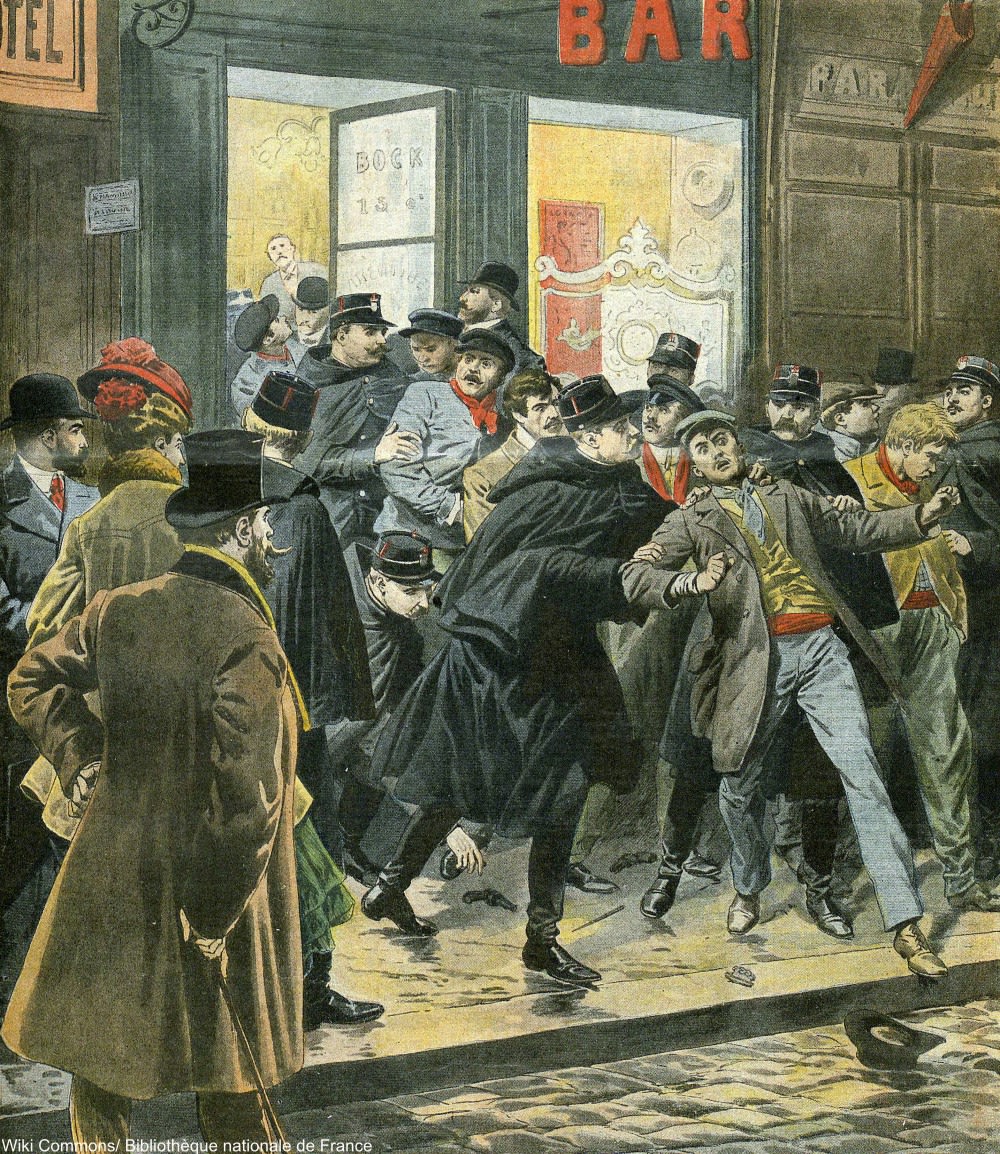 Notice the layered look and the dropped brass knuckles at the arrest of this Apache kid. Via/ Wiki Commons

In the years after the Great War, the character of the well-dressed Apache, in Breton stripe shirt and elegant cravat, still captured the imagination in Europe and abroad. Hollywood films depicted the dance of les Apaches with raven-haired beauties contorted into arm-twisting moves. Even into the 1960s the tough-dandy style was still seen on the big screen and in magazines.

The effortlessly chic styles of Paul Newman, James Dean, and Marlon Brando all seem to be influenced by those most fashionable bad boys of Belle Époque Paris: les Apaches.

Rare color photos of Paris in the 1910s: Click “Next Page” below!