Have you ever wondered what it would be lie to live in another country? How about in a historical home? How about a home that’s only 3 small rooms and a bathroom? This is the size of the gatehouse that writer and content producer, Rebecca Stice, lives in with her large Irish wolfhound and her husband, Thomas. She moved from the U.S. to Northern Ireland to live in the gorgeous home! But, once you see the inside you won’t question the decision; it’s stunningly beautiful and something many people view as fairytale living at its finest. 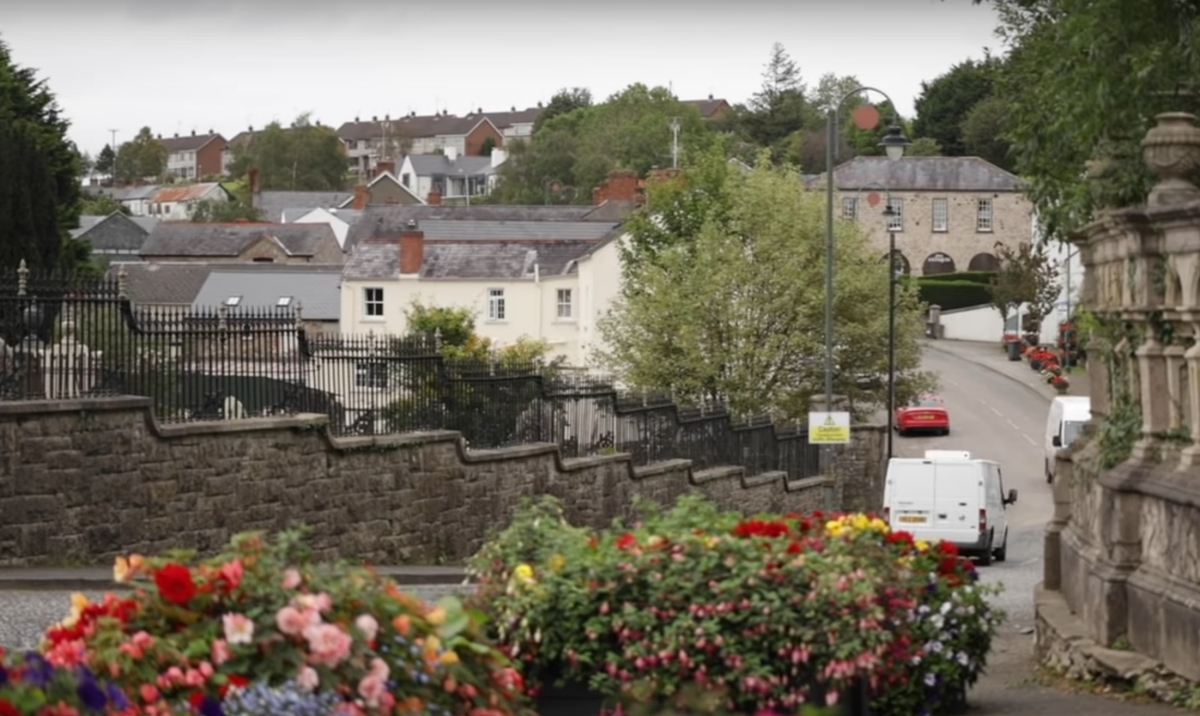 Stice moved to a small village of less than 300 people in Northern Ireland called Loughgall. Her diminutive home was the gatehouse for what is now the Loughgall Manor Estate. The Tudor style manor house was built in 1840 and the gate and gatehouse were constructed in the completely different Neo-Jacobean style in 1842. 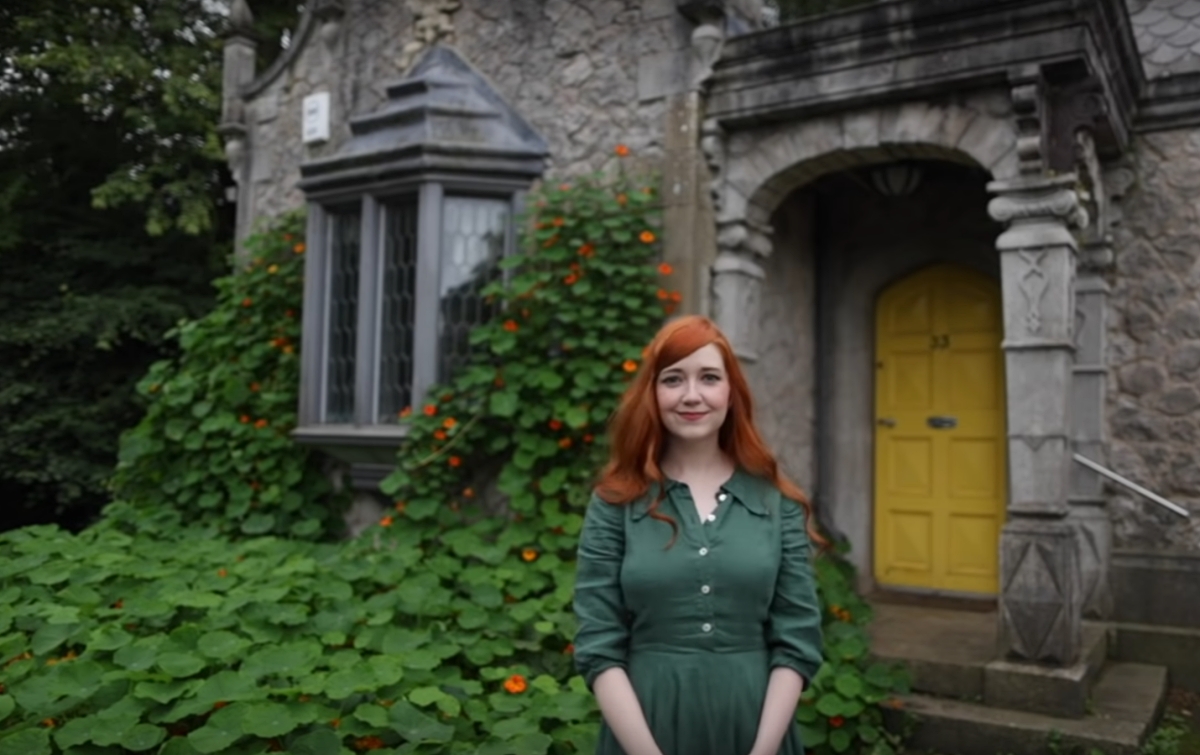 The gatehouse originally only had 2 rooms and would have housed servants of the manor. Even though the concept of a gatehouse is an ancient one, by the Victorian era they were made to be separate cottages with grand facades that showcased the wealth of the estate owner. However, inside they were small and plain since only the gatekeeper and his family would have lived there.

Estate owners of the 1700s and 1800s would often build follies on their land as curious little buildings that were just for show. While gatehouses serve a defined purpose, some of them were treated a bit like follies in the way they were designed. Today these quirky homes are considered quite desirable, if a little lacking in floorspace. 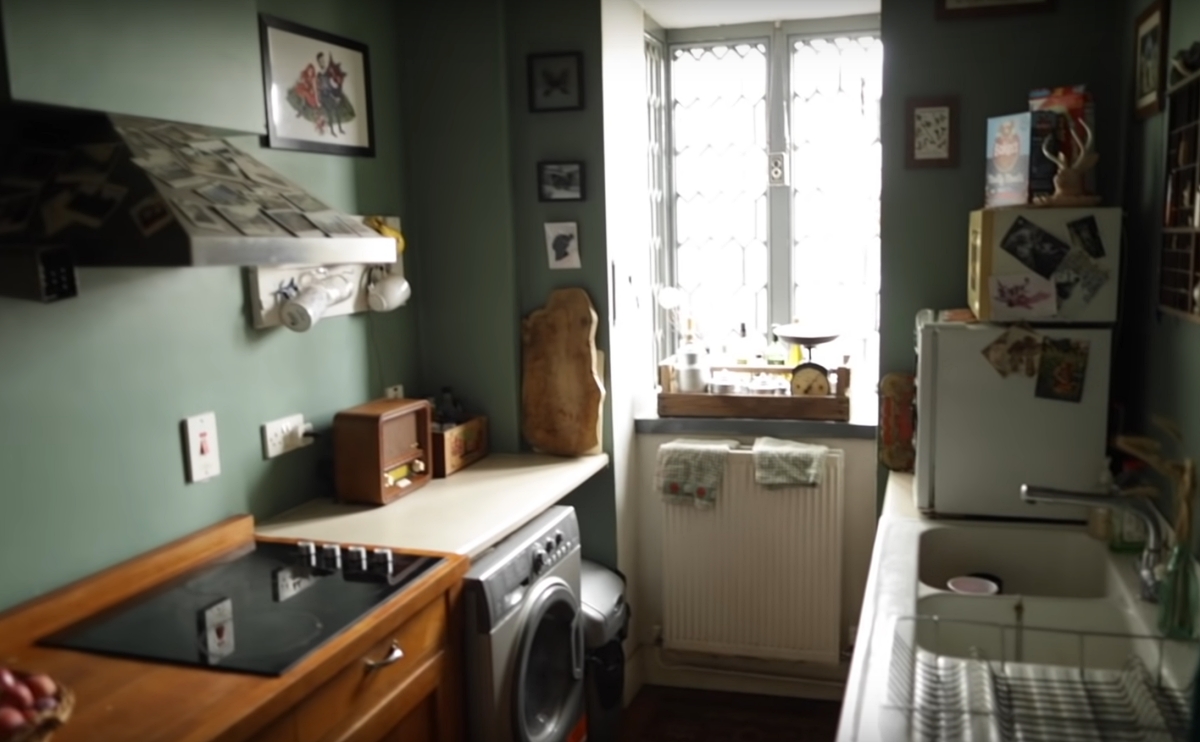 The gorgeous kitchen has been updated with modern features, but still retains some Old World charm with the leadlight decorative window at one end of the room and a farmhouse sink in white enamel with a built-in drain board. 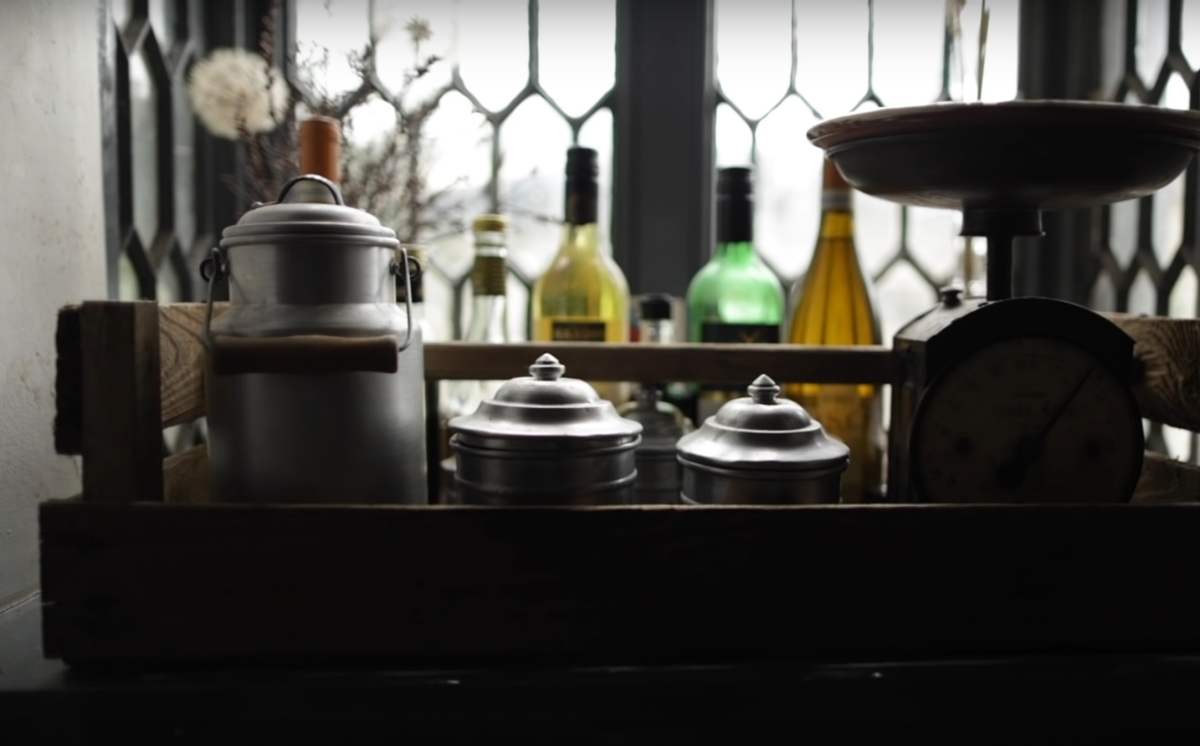 The living room is painted a deep turquoise blue and is the only other original room in the home. Because there is no space for a dining room (or even a regular dining table) Stice has a small wall-mounted dining table that can fold back into the wall when not in use. 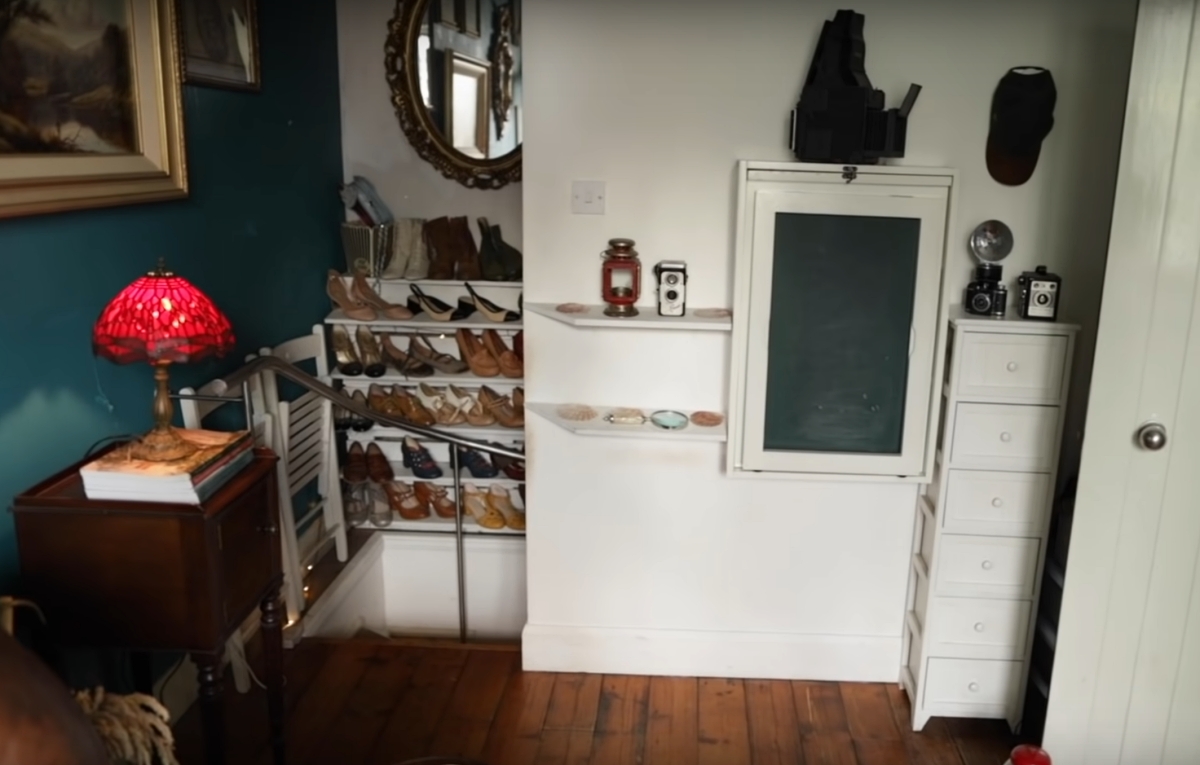 The bedroom is actually in the basement and features only a small footprint. There are no closets in the bedroom so Stice has kitted her room out with modern wardrobes from Ikea and has drawers under her bed for even more storage. She also uses the wall and stairwell for additional storage. 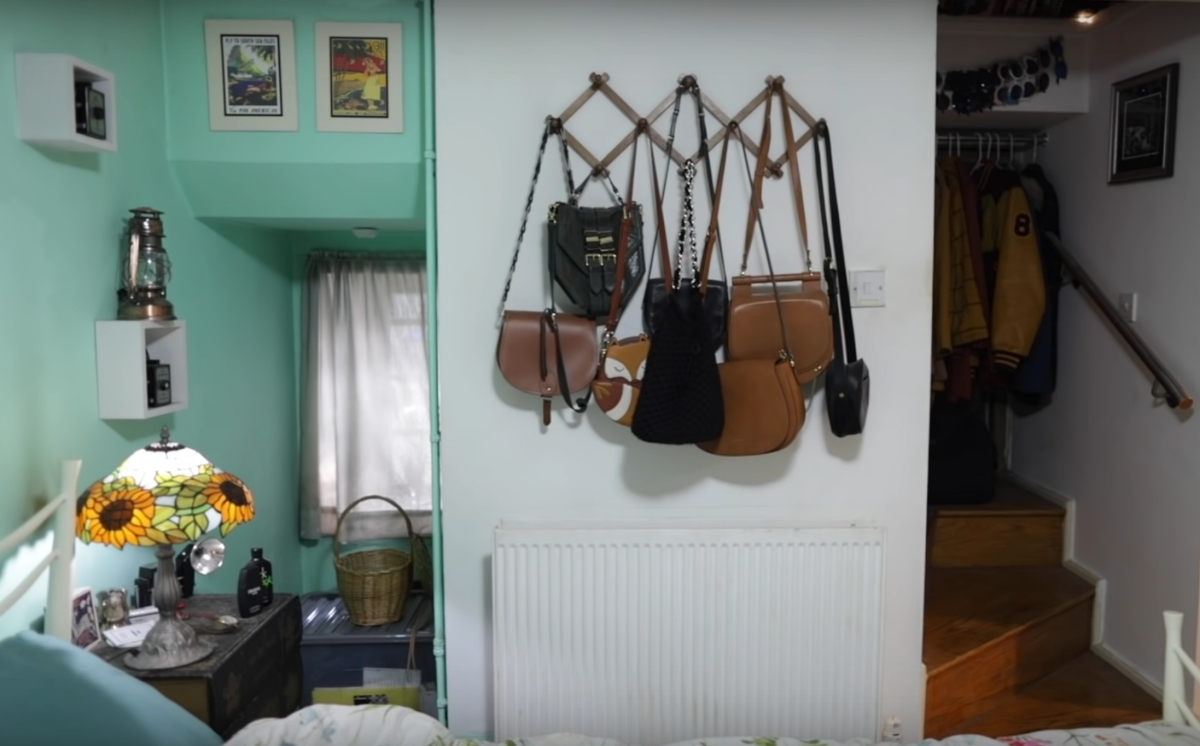 Instead of painting the bathroom white to make it look bigger, Stice went for a bold coral color and a fun fish print shower curtain. In keeping with the fairytale theme she hung a series of illustrations of fairies and sprites by Cicely Mary Barker in the bathroom as well. 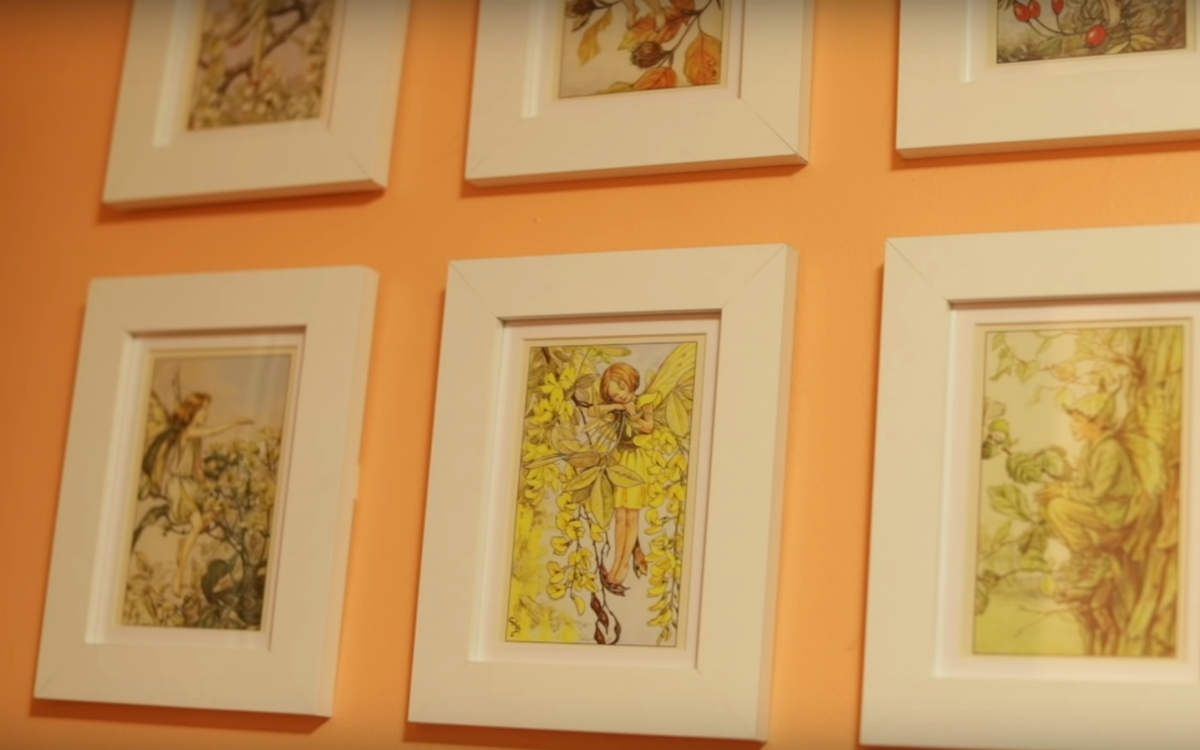 The couple rent this space, but they hope to one find a home to buy with just as much charm as the gatehouse has.

See this incredible tiny historical home in its entirety in the video below.